Women in Leadership - Part 5: Spirit of the Age 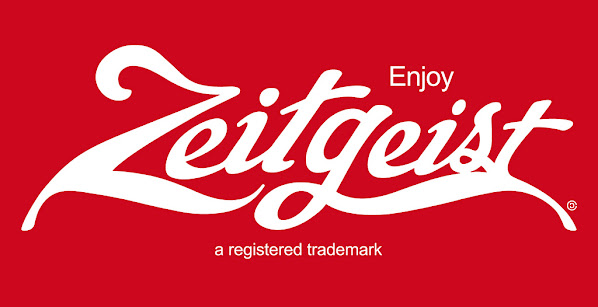 Spirit of the Age

Our God is eternal and unchanging, he is not surprised by anything nor does he adapt His plans to match a changing world. Neither does his word alter or change. It is the same yesterday, today and tomorrow. The scripture is abundantly clear on this point.

"For I, the LORD, do not change; therefore you, O sons of Jacob, are not consumed.

Jesus Christ is the same yesterday and today and forever.

Forever, O LORD, Your word is settled in heaven.

"Heaven and earth will pass away, but My words will not pass away.

Every good gift and every perfect gift is from above and comes down from the Father of lights, with whom is no variableness nor shadow of turning.

This is but a sample of the verses I could have picked to establish the unchanging nature of our God.

Before we were saved we were subjects of this present age, influenced by its trends and norms. History is an ever changing road of ungodly behaviours, with shifting and often competing philosophies. Our adherence to which was simply an accident of geography and the timing of our arivial on this planet. However God says that on the day we were born again we left that world and became citizens of heaven.

This verse speaks not only to our former dwelling but also to the former ruler of that world. It states that there is a spirit at work in this world which is working in accordance with Satan’s plans. We must understand what his plans are when it comes to the Church, Chrsitians, marriage and the biblical relationship between men and women.

In a general sense Satan’s plans are obvious and that is to stand against and pull down everything that is Godly. We see him working through false teachers to lead astray the flock. We see him attempting to tempt believers into sin or even unbelief. We see his hand at work in undermining marriages and in these most recent days we have begun to see him erode the distinction between the sexes, blurring the lines so clearly laid out in Genesis 1:27.

In the last 30 years we have witnessed change in so many things that one could never have imagined could change - and yet, the spirit of this age has prevailed.

"You are the salt of the earth; but if the salt has become tasteless, how can it be made salty again? It is no longer good for anything, except to be thrown out and trampled under foot by men. "You are the light of the world. A city set on a hill cannot be hidden; nor does anyone light a lamp and put it under a basket, but on the lampstand, and it gives light to all who are in the house. "Let your light shine before men in such a way that they may see your good works, and glorify your Father who is in heaven.

We are called to be salt and light, to stand out and be different in an increasingly ungodly world. Yet it seems that with every day that passes the church adopts yet another worldly principle. Sometimes to simply abide by the current laws we live under, sometimes to avoid persecution or most bizarrely, sometimes in an attempt to become more appealing to unbelievers.

In respect to women in leadership, it is not a valid argument to say that in the times that we live in women occupy a myriad of positions that had previously been the preserve of men therefore why not church leadership? The feminist movement, whilst having corrected some obvious injustices has also succeded in blurring the lines between the divinely appointed roles and responsibilities of men and women. Over the last 30 years this influence has begun to infiltrate the churches.

As I said, our God is unchanging, he is not the God of a specific era or geographical location, He is for all time, for all peoples, for all places - Eternal and everlasting. When I think of how Paul deals with this issue he doesn’t try and justify it in the framing of his own times - he points us back to the beginning, to God’s plan as laid out in Genesis.  Just as it always was, so will it always will be.

For it was Adam who was first created, and then Eve.

Then the LORD God said, "It is not good for the man to be alone; I will make him a helper suitable for him."

It is worth noting that in Revelation chapter 3 we read about the last of the seven churches. It is my view that this church typifies the spirit of the church in the days we are living in.

"To the angel of the church in Laodicea write: The Amen, the faithful and true Witness, the Beginning of the creation of God, says this: 'I know your deeds, that you are neither cold nor hot; I wish that you were cold or hot. 'So because you are lukewarm, and neither hot nor cold, I will spit you out of My mouth. 'Because you say, "I am rich, and have become wealthy, and have need of nothing," and you do not know that you are wretched and miserable and poor and blind and naked, I advise you to buy from Me gold refined by fire so that you may become rich, and white garments so that you may clothe yourself, and that the shame of your nakedness will not be revealed; and eye salve to anoint your eyes so that you may see. 'Those whom I love, I reprove and discipline; therefore be zealous and repent. 'Behold, I stand at the door and knock; if anyone hears My voice and opens the door, I will come in to him and will dine with him, and he with Me. 'He who overcomes, I will grant to him to sit down with Me on My throne, as I also overcame and sat down with My Father on His throne. 'He who has an ear, let him hear what the Spirit says to the churches.'"

Of the seven churches this one is perhaps the most desperate. Believing that they are blessed, they are spiritually bankrupt. Thinking that they have need of nothing and yet the Lord will spit them out of His mouth. How did such a terrible thing ever happen? Well perhaps we have a clue in the name of this church - Laodicea.  The Greek word Laodikeia is a compound word, laos (meaning “the people”) and dikē (meaning “judgement” or “opinion”). Therefore the word Laodicea literally means ‘opinions of the people’, ‘the people decide’ or ‘judgments of the people’.

Let us make sure that we are not a church that decides what is right or wrong, godly or ungodly or scriptural or unscriptural based on our opinions.