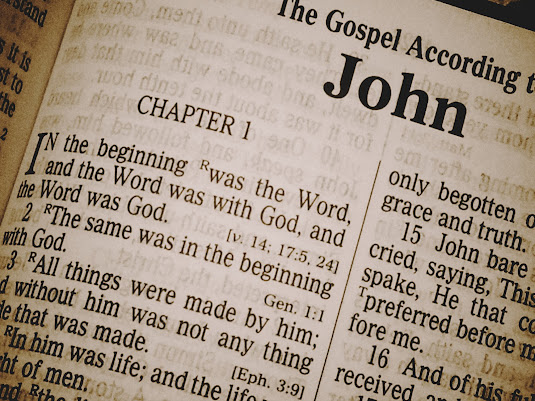 Although I started out by saying that I wanted to only use God’s word as a basis of discussion, I think it only fair to look for a moment at how the Church has dealt with this subject in the past.

I fully acknowledge that the role of women in the Church has been manipulated and restricted by men (an evident result of the fall’s consequences on men’s propensity to sinfully dominate women) during the church age and I would critique this just as harshly if there were more time. The repression of women by so-called “Christendom” of the middle ages is a case in point. But one cannot use this as a basis for rejecting an orthodoxy that the true church has held for 2000 years.

By way of a couple of examples I will quote some giants of Christian theology:

Leadership requires vision, and whence will vision come except from hours spent in the presence of God in humble and fervent prayer? All things else being equal, a praying woman will know the will of God for the church far better than a prayerless man.

We do not here advocate the turning of the churches over to the women, but we do advocate a recognition of proper spiritual qualifications for leadership among the men if they are to continue to decide the direction the churches shall take. The accident of being a man is not enough. Spiritual manhood alone qualifies.

“Choose seven men from among you,” commanded the apostles, “who are known to be full of the Spirit and wisdom. We will turn this responsibility over to them” (Acts 6:3). The men chosen as a consequence of this directive became the first deacons of the church. Thus the direction of certain church affairs was put into the hands of men spiritually qualified. Should we not maintain the same standards today?

Charles Spurgeon is another example. When it came to the gathering of the church, Spurgeon believed that, according to Scripture, women were not to preach. Preaching on Matthew 8:14, 15, Spurgeon commends the example of Peter’s mother-in-law:

But notice that what this good woman did was very appropriate. Peter’s wife’s mother did not get out of bed and go down the street and deliver an address to an assembled multitude. Women are best when they are quiet. I share the apostle Paul’s feelings when he bade women be silent in the assembly. Yet there is work for holy women, and we read of Peter’s wife’s mother that she arose and ministered to Christ. She did what she could and what she should. She arose and ministered to him. Some people can do nothing that they are allowed to do, but waste their energies in lamenting that they are not called on to do other people’s work. Blessed are they who do what they should do. It is better to be a good housewife, or nurse, or domestic servant, than to be a powerless preacher or a graceless talker.

We greatly err when we dream that only a preacher can minister to the Lord—for Jesus has work of all sorts for all sorts of followers. Paul speaks of women who helped him much, and, assuredly, as there is no idle angel there ought to be no idle Christian. We are not saved for our own sakes, but that we may be of service to the Lord and to his people; let us not miss our calling.

These are but two examples of Godly men from church history who held to the ortodox view. Are we so bold in our understanding and strong in our own opinion that we denounce their teachings as inferior to our own?

Dr Martyn Lloyd-Jones puts this better than I could.

In many ways the root trouble, even among good Evangelicals, is our failure to heed the plain teachings of Scripture. We accept what Scripture teaches as far as our doctrine is concerned; but when it comes to practice, we very often fail to take the Scriptures as our only guide. When we come to the practical side we employ human tests instead of Scriptural ones. Instead of taking the plain teachings of the Bible, we argue with it. ‘Ah yes’, we say, ‘since the Scriptures were written times have changed’.

Dare I give an obvious illustration? Take the question of women preaching, and being ordained to the full ministry. The apostle Paul, in writing to Timothy (1 Tim 2:11-15), prohibits it directly. He says quite specifically that he does not allow a woman to teach or preach. ‘Ah yes’, we say, as we read that letter, ‘He was only thinking of his own age and time; but you know times have changed since then, and we must not be bound. Paul was thinking of certain semi-civilized people in Corinth and places like that’. But the Scripture does not say that. It says, ‘Let the women learn in silence with all subjection, but I suffer not a woman to teach nor usurp authority over the man, but to be in silence’. ‘Ah, but that was only temporary legislation’, we say. Paul puts it like this: ‘For Adam was first formed, then Eve. And Adam was not deceived, but the woman being deceived was in the transgression. Notwithstanding, she shall be saved in child bearing, if they continue in faith and charity and holiness with sobriety’.

Paul does not say that it was only for the time being; he takes it right back to the Fall and shows that it is an abiding principle. It is something that is true, therefore, of the age in which we live. But thus you see, we argue with Scripture. Instead of taking its plain teaching, we say that times have changed-when it suits our thesis we say it is no longer relevant’. . . .If you want to avoid terrible disillusionment at the day of judgment, face Scripture as it is. Do not argue with it, do not try to manipulate it, do not twist; face it, receive it and submit to it whatever the cost.