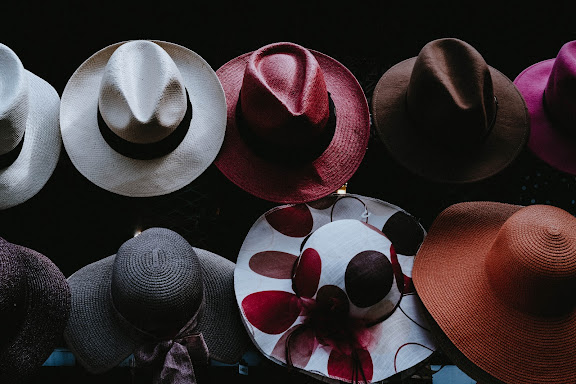 There is no doubt that these scriptures have been misinterpreted and misapplied throughout the centuries. I do also concede that they are not the simplest scriptures to understand especially considering Paul’s use of obvious cultural examples specific to this time and place.

Now I praise you because you remember me in everything and hold firmly to the traditions, just as I delivered them to you. But I want you to understand that Christ is the head of every man, and the man is the head of a woman, and God is the head of Christ. Every man who has something on his head while praying or prophesying disgraces his head. But every woman who has her head uncovered while praying or prophesying disgraces her head, for she is one and the same as the woman whose head is shaved. For if a woman does not cover her head, let her also have her hair cut off; but if it is disgraceful for a woman to have her hair cut off or her head shaved, let her cover her head. For a man ought not to have his head covered, since he is the image and glory of God; but the woman is the glory of man. For man does not originate from woman, but woman from man; for indeed man was not created for the woman's sake, but woman for the man's sake. Therefore the woman ought to have a symbol of authority on her head, because of the angels. However, in the Lord, neither is woman independent of man, nor is man independent of woman. For as the woman originates from the man, so also the man has his birth through the woman; and all things originate from God. Judge for yourselves: is it proper for a woman to pray to God with her head uncovered? Does not even nature itself teach you that if a man has long hair, it is a dishonour to him, but if a woman has long hair, it is a glory to her? For her hair is given to her for a covering. But if one is inclined to be contentious, we have no other practice, nor have the churches of God.

Paul is using these cultural references to illustrate and illuminate deep spiritual truths about the nature of men and women, their relationship to each other and roles and responsibilities as I have already outlined. This section of scripture is NOT an instruction manual about how Christians should wear their hair or if they should wear head coverings or not.

He begins his explanation by clearly stating his initial position:

This is the basis on which he builds the rest of his argument. The plain and clear understanding of this is that man is the head of the woman just as Christ is the head of the man. A theme which is reiterated in many scriptures such as Eph 5:22, Col 3:18 & Tit 2:5 for example. He is outlining a divine order. But in this instance he goes further and suggests that there is an even deeper divine order, that being God the father, Jesus the son, men & women - Each being the head of the next.

The obvious use of references back to Genesis ch2 are clear in v7, 8, 9 & 12, again reiterating that Paul’s view of men and women is rooted not in the culture of his day but rather in the divine order as laid out in God’s original plans.

He equates the obvious common use of head coverings during prayer with the types of appearance that would have struck a chord with his audience, that being men growing their hair to appear like women and women cutting their hair to appear like men. Effectively comparing  the inappropriate use of head coverings with the idea of the immorality of gender role reversal. But why?

Well the answer is found, again, in Paul’s view that a woman’s head should be figuratively “covered” by a man - Just as he explains in his introduction. The principal of women having a protective loving headship found in men.

He finishes the argument off with the words “But if one is inclined to be contentious, we have no other practice, nor have the churches of God.” (1 Cor 11:16). Putting to bed the argument once and for all. Effectively stating that if you believe that this divine order (God - Jesus - men - women) is incorrect then you are standing against the Apostles’ teachings and all the churches or God.