Women in Leadership - Part 3: Women Throughout the Scripture

Women Throughout the Scripture

Please do not think for one moment that I am in any way trying to imply that women are inferior or second class to men - that is not my intention, nor do I hold to that view, not for one moment. No, my contention is that the scripture has divinely appointed roles for both men AND women. 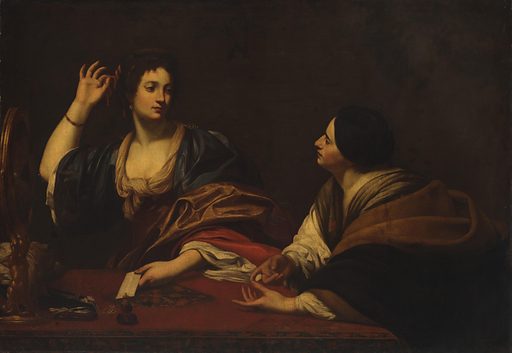 Genesis chapter 2 makes this abundantly clear and the New Testament expands on this for us. As I said right from the beginning men and women are created equal in all aspects in God’s sight. Jesus gave His life on the cross for ALL women - That should be proof enough of how highly God esteems women. The often misunderstood verse in Galatians explains this for us.

This passage doesn't contradict or override what scripture says about headship, but rather explains and makes clear that the salvation that is found in Christ is available to everyone. It is clear that a slave's role will not be to become a master in this world. But the slave like the master will equally receive the same glorious inheritance in Christ. This passage is not about roles or responsibilities, no, It’s about salvation, which is, of course, the context of this whole section of scripture.

Therefore please let us examine what tremendous blessings God has given us throughout His word by the ministry of women of the Bible.

This is but a sample of the vital role of women throughout scripture and it cannot be ignored. God’s plans have always relied on women right from the beginning. He is NOT the God of men only!

Having discussed these important roles of women in scripture let us take a look at where women are not found to have played a part in the Bible.

The Bible would seem to consistently reserve the role of leadership to men exclusively. However it is important to point out that this was no guarantee of success. The Bible also consistently outlines how this male leadership failed (mostly in the Old Testament) in its responsibility to provide Godly oversight.

So does this mean that women should play no part in ministry, as some have believed and taught - Absolutely not! The scripture is abundantly clear that, just as with the women outlined above, God’s plans require that women play their role in advancing the kingdom.

The most striking thing about the role of women in the life and teaching of Jesus is the simple fact that they are there at all - as culturally this was not the norm. Jesus did not perceive women primarily in terms of their sex, age or marital status; he seems to have considered them in terms of their relation (or lack of one) to God. He talked with women, healed women and even taught women, as we see in the story of Martha and Mary

Now as they were traveling along, He entered a village; and a woman named Martha welcomed Him into her home. She had a sister called Mary, who was seated at the Lord's feet, listening to His word. But Martha was distracted with all her preparations; and she came up to Him and said, "Lord, do You not care that my sister has left me to do all the serving alone? Then tell her to help me." But the Lord answered and said to her, "Martha, Martha, you are worried and bothered about so many things; but only one thing is necessary, for Mary has chosen the good part, which shall not be taken away from her."

It is also plain from scripture that women were both involved in, and supported Jesus’ ministry.

Soon afterwards, He began going around from one city and village to another, proclaiming and preaching the kingdom of God. The twelve were with Him, and also some women who had been healed of evil spirits and sicknesses: Mary who was called Magdalene, from whom seven demons had gone out, and Joanna the wife of Chuza, Herod's steward, and Susanna, and many others who were contributing to their support out of their private means.

It is obvious that far from being a chauvinist, Paul relied on the support of women throughout his ministry. Very often thanking and mentioning them in his letters. Nowhere is this made clearer than in Romans. Not only was the letter to the church in Rome probably delivered by Phoebe but the list of women he commends in ch16 is testament to the level of support he was receiving.

I commend to you our sister Phoebe, who is a servant of the church which is at Cenchrea; that you receive her in the Lord in a manner worthy of the saints, and that you help her in whatever matter she may have need of you; for she herself has also been a helper of many, and of myself as well. Greet Prisca and Aquila, my fellow workers in Christ Jesus, who for my life risked their own necks, to whom not only do I give thanks, but also all the churches of the Gentiles; also greet the church that is in their house. Greet Epaenetus, my beloved, who is the first convert to Christ from Asia. Greet Mary, who has worked hard for you. Greet Andronicus and Junias, my kinsmen and my fellow prisoners, who are outstanding among the apostles, who also were in Christ before me. Greet Ampliatus, my beloved in the Lord. Greet Urbanus, our fellow worker in Christ, and Stachys my beloved. Greet Apelles, the approved in Christ. Greet those who are of the household of Aristobulus. Greet Herodion, my kinsman. Greet those of the household of Narcissus, who are in the Lord. Greet Tryphaena and Tryphosa, workers in the Lord. Greet Persis the beloved, who has worked hard in the Lord. Greet Rufus, a choice man in the Lord, also his mother and mine. Greet Asyncritus, Phlegon, Hermes, Patrobas, Hermas and the brethren with them. Greet Philologus and Julia, Nereus and his sister, and Olympas, and all the saints who are with them. Greet one another with a holy kiss. All the churches of Christ greet you.

Of the 29 believers that Paul mentions, 10 of them are women. He describes them as servants of the Church, helpers, fellow workers, kinsmen, fellow prisoners, workers in the Lord and even describes Rufus’ mother as being like a mother to him.

Proclaiming the Word of God.

Throughout the New Testament we see how women were not simply supporters of the ministry but also taking active roles. In 1 Corinthians Paul encourages women to both pray and seek the gift of prophecy, not for themselves but for (and in) the church. We also see how Phillip’s daughters prophesied.

On the next day we left and came to Caesarea, and entering the house of Philip the evangelist, who was one of the seven, we stayed with him. Now this man had four virgin daughters who were prophetesses.

We even see a Priscilla (along with her husband, Aquila) involved in teaching another man and not just any man, someone who themselves had a ministry of teaching:

Now a Jew named Apollos, an Alexandrian by birth, an eloquent man, came to Ephesus; and he was mighty in the Scriptures. This man had been instructed in the way of the Lord; and being fervent in spirit, he was speaking and teaching accurately the things concerning Jesus, being acquainted only with the baptism of John; and he began to speak out boldly in the synagogue. But when Priscilla and Aquila heard him, they took him aside and explained to him the way of God more accurately.

However there is a notable absence in the New Testament of women in leadership roles, as elders, overseers, apostles etc. Does that mean that the spiritual gifts associated with these roles are exclusive to men?  I don’t believe so.

It is clear that Christian women can be blessed with spiritual gifts associated with pastoring or leadership but it is also clear that these gifts should be exercised in the right context, either by encouraging and teaching other women, children’s ministries or youth groups and in some instances (such as Priscilla and Apollos) in private teaching.

Older women likewise are to be reverent in their behavior, not malicious gossips nor enslaved to much wine, teaching what is good, so that they may encourage the young women to love their husbands, to love their children, to be sensible, pure, workers at home, kind, being subject to their own husbands, so that the word of God will not be dishonored.

Hear, my son, your father's instruction And do not forsake your mother's teaching;

The big thing to take away from this is that yes, women are permitted to teach, exhort, rebuke and indeed lead, but only in the right context. In some cases the women may even have a greater gifting than the men - but we must always come back to scripture and ask what context does the Bible allow these gifts to be exercised?

If people have diverse roles in life it does not diminish a person’s value. God is a God or order, he has put things in a certain way for a certain reason. Just because men and women have different roles and responsibilities it does not devalue a woman’s importance in the home or in church ministry. We were not created to fulfil the same roles. Equal yes, but different. This principle is the same in the body of Christ, equal but different.

For even as the body is one and yet has many members, and all the members of the body, though they are many, are one body, so also is Christ.

If you think about it the Godhead itself mirrors this - God the father is above the Son - Jesus only does the will of the Father and the Holy Spirit proclaims the word and points people to God the father via Jesus the son. Three distinct roles with different responsibilities and different authority and yet they are one, equal.