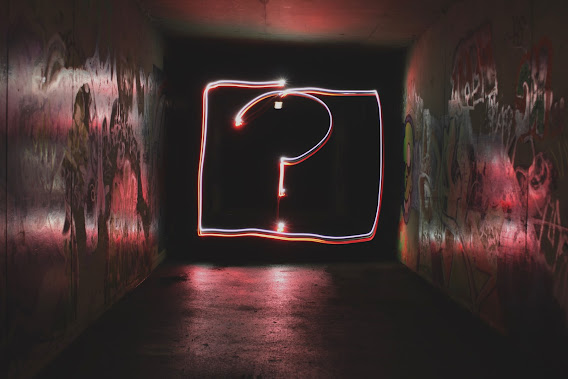 After everything we have read above, one question is left unanswered. Whether we acknowledge or not that it is the divine plan that headship be male, the question remains - why? Why are there so many scriptures that explicitly command that the man should be the head?

If we believe that the Bible is authored by God, by inspiration of The Holy Spirit and not simply the flawed work of men’s hands living in a “patriarchal” society, then surely there must be a reason? In my simplistic view of things the possible answers are limited, either:

The first option is not the God I know. My faith, our faith, is not one of simple blind adherence to commandments. Our God is loving and gracious, long suffering and patient with us. He explains the reasons for things, he warns us that there will be consequences for sin, often long in advance - He gives us opportunities to repent and change our ways and He is reasonable with us, wanting us to understand and forgiving when we don’t get it right. No - If there is a reason for male headship God wants us to understand what it is.

The second option we have already dealt with:

God created man in His own image, in the image of God He created him; male and female He created them.

There can be no doubt that in creation men and women are equal in His sight.

So we are left with option three, which I think we’d all agree is a true statement. So, why is it best for us as Christians that headship be male? Well firstly I would point back to Genesis ch2 and say that this was part of the original plan for mankind. A divinely appointed relationship with divinely appointed roles and responsibilities. He loves us and wants for us to live in the freedom He ordained at the beginning and part of that was the structure of male headship and complementarity. That is what is best for all of us and it does not mean men ruling over - that is the doing of the fall. This is almost enough in itself to understand but there is another consideration.

The fall of Genesis 3 outlines both the narrative of what went wrong and the consequences of it. As mentioned right at the beginning the breakdown of the man/woman relationship was part of those consequences. The pollution of the divine principles of the loving head and a submissive helper relationship began here and has been played out throughout all of history.

The Apostle Paul obviously understands this and points back to it in the clearest terms in his letter to Timothy.

But I do not allow a woman to teach or exercise authority over a man, but to remain quiet. For it was Adam who was first created, and then Eve. And it was not Adam who was deceived, but the woman being deceived, fell into transgression.

Apart from being the most explicit verse in the New Testament regarding the prohibition of female leadership, these verses give us a clear insight into the reason why.

Paul reiterates the divine order of Genesis 2 - “For it was Adam who was first created, and then Eve” and then explains how the fall now plays its part. He makes it clear that the primary reason for male leadership is to combat the potential for spiritual deception. However uncomfortable this may be for us to read we must understand that there is obviously a truth here that we ignore at our peril.

It would seem that this spiritual vulnerability combined with the sinful desire of women to usurp male authority is the key to understanding why the Bible makes such a point of ensuring the correct relationship is maintained. When women take authority over men they are stepping outside of the divine order, Being outside of God’s will immediately makes anyone more susceptible to spiritual deception, which seems to be especially true for women.

God even makes use of this role reversal as a judgement on sinful Israel when he outlines the consequences of her rebellion in Isaiah.

O My people! Their oppressors are children, And women rule over them. O My people! Those who guide you lead you astray And confuse the direction of your paths.

We see this principle clearly demonstrated in the historical accounts of Jezebel and Athaliah.

Having said this please let’s not ignore the fact that men too were adversely affected by the fall and even in the preceding verses in Timothy we see that Paul has to first instruct the men how to behave correctly before addressing the topic of women:

Therefore I want the men in every place to pray, lifting up holy hands, without wrath and dissension.

I would suggest that men in general, whilst apparently very good at getting angry and causing problems are not so great in the spiritual sensitivity department. It is clear to me that the effects of the fall, if left unchecked, are the root cause of the issues we (men and women) face. But just as The Lord said to Cain:

"If you do well, will not your countenance be lifted up? And if you do not do well, sin is crouching at the door; and its desire is for you, but you must master it."

So too we as Christian men and women must master the sinful nature that has entered in as a result of the fall and try to live, with the help and guidance of the Holy Spirit, in the divine order that our loving Father has planned for men and women.