Women in Leadership - Part 1: Where Did it All Begin? 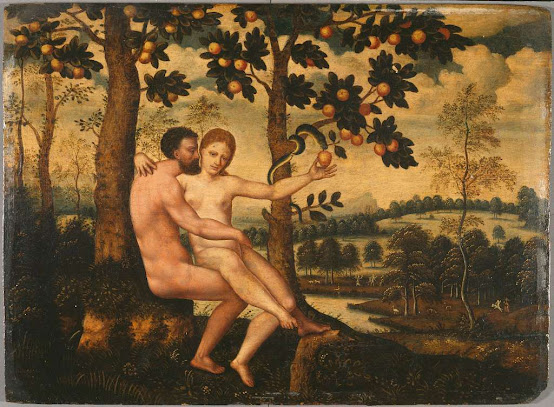 Where Did it All Begin?

Well, in the beginning of course. I know that this is revisiting first principles but it is required in order to fully grasp the relationship between men, women and God.

God created man in His own image, in the image of God He created him; male and female He created them.

God’s first word on the subject of men and women is that they were equally created in the image of God. Neither received more of the image of God than the other. So scripture starts with the equality of the sexes. As persons, as spiritual beings standing before God, men and women are absolutely equal. It also demonstrates a creation that is relational and complete.

However, scripture expands on this and gives a more detailed account of how men and women came to be as they are and their God-given functions and responsibilities.

Then the LORD God said, "It is not good for the man to be alone; I will make him a helper suitable for him." Out of the ground the LORD God formed every beast of the field and every bird of the sky, and brought them to the man to see what he would call them; and whatever the man called a living creature, that was its name. The man gave names to all the cattle, and to the birds of the sky, and to every beast of the field, but for Adam there was not found a helper suitable for him. So the LORD God caused a deep sleep to fall upon the man, and he slept; then He took one of his ribs and closed up the flesh at that place. The LORD God fashioned into a woman the rib which He had taken from the man, and brought her to the man. The man said, "This is now bone of my bones, And flesh of my flesh; She shall be called Woman, Because she was taken out of Man." For this reason a man shall leave his father and his mother, and be joined to his wife; and they shall become one flesh. And the man and his wife were both naked and were not ashamed.

Firstly they were not created at the same time,  it is clear that man (Adam) was created first as God determined that “It is not good for the man to be alone”. This implies that in some way man was lacking something. God recognised that in order to be complete he required something that did not yet exist in the world God had created. In order to make this possible He then created Eve to be both Adam’s helper and his companion. This complementary relationship (made from two distinct people) is epitomised in the scripture “For this reason a man shall leave his father and his mother, and be joined to his wife; and they shall become one flesh” (Gen 2:24)

It is so important to note that there was both equality (“This is now bone of my bones, And flesh of my flesh”) and difference, “I will make him a helper suitable for him”.

The word “helper” is key here as it tells us a great deal about the relationship between them. Much as we might want it to be, a “helper” is not simply a co-labourer or partner. The mere fact that this word is used implies a relationship of service. This in no way downplays the importance of Eve as an equal creation in God’s sight. It simply defines the roles. We shall see this echoed later in the New Testament as we look at the roles and responsibilities of husbands and wives.

If this was God’s plan for us, then what is the problem? Why is there any debate? The answer can be found in the narrative we find in the fall of man.

And He said, "Who told you that you were naked? Have you eaten from the tree of which I commanded you not to eat?" The man said, "The woman whom You gave to be with me, she gave me from the tree, and I ate." Then the LORD God said to the woman, "What is this you have done?" And the woman said, "The serpent deceived me, and I ate." The LORD God said to the serpent, "Because you have done this, Cursed are you more than all cattle, And more than every beast of the field; On your belly you will go, And dust you will eat All the days of your life; And I will put enmity Between you and the woman, And between your seed and her seed; He shall bruise you on the head, And you shall bruise him on the heel." To the woman He said, "I will greatly multiply Your pain in childbirth, In pain you will bring forth children; Yet your desire will be for your husband, And he will rule over you." Then to Adam He said, "Because you have listened to the voice of your wife, and have eaten from the tree about which I commanded you, saying, 'You shall not eat from it'; Cursed is the ground because of you; In toil you will eat of it All the days of your life. "Both thorns and thistles it shall grow for you; And you will eat the plants of the field; By the sweat of your face You will eat bread, Till you return to the ground, Because from it you were taken; For you are dust, And to dust you shall return."

Adam and Eve’s disobedience to God’s command resulted in certain consequences. For the woman, God pronounced a curse that included multiplied pain in childbirth and tension in the authority-submission relationship of husband and wife. The text says the woman’s “desire” will be for her husband but he shall “rule” over her. It is clear that these are all negative consequences, so “desire” is NOT a good thing (neither is ruling!) - it is not meant to indicate that she will find her husband attractive, NO, the curse in Genesis 3:16 refers to a new desire on the part of the woman to exercise control over her husband—but he will in fact oppressively rule and exert authority over her.

This word is the same Hebrew word used in Genesis 4:7, where God tells Cain, “And if you do not do well, sin lies at the door. And its desire is for you, but you should rule over it.” This term desire comes from an Arabic root that means “to compel, impel, urge, or seek control over.” Sin wanted to master Cain, but God commanded Cain to master sin.

The result of the Fall on marriage throughout history has been an ongoing struggle between the sexes, with women seeking control and men seeking dominance. What we sometimes jokingly describe as “the battle of the sexes” but it is not a laughing matter. It has caused both injustice and unhappiness in equal measure. I think it would not be an exaggeration to say that, on balance, women have had the worst of it over the centuries.

Just like all the other consequences of the fall, this struggle of the sexes has permeated through the ages. As born again followers of Christ we are given a unique opportunity to understand that it doesn’t have to be this way, that God had a different plan for our relationships, that through obedience to God and submitting to His word we can escape this curse. Ultimately He will come and restore all things.

The fall also gives us a unique insight into how spiritual deception works and the role that men and women have in this, but more on that later.

What Does this Mean for Us?

In all of human history men and women have managed their relationships under one of these two modes. For most, the post-fall (Gen ch3) model has been in effect but for those of us set free from the bondage of sin, we can, with God’s help, operate under the pre-fall (Gen ch2) model - God’s original plan for human relationships.

Men can either dominate their wives and rule over them or they can adopt the role of a loving, protective head, just as they are exhorted to in Ephesians:

Husbands, love your wives, just as Christ also loved the church and gave Himself up for her,

Wives likewise can either desire to usurp the headship of their husbands or they can be the loving, nurturing, helper that God created them to be. Again this principle is reiterated in the New Testament:

This pre-fall model was and still is, God’s plan for our marriages and it is clear that this is a theme reiterated throughout the Bible. The loving authority-willing submission relationship is a divine principle for marriage. The Bible teaches us that God made it this way to demonstrate the relationship between Jesus and his bride, the Church.

It is through this prism that ALL the “difficult” scriptures in the epistles should be framed and can be clearly understood.