When the Glory Comes Down

When the Glory Comes Down

So often at this time of year we hear the spoken words of scripture, be it at the school nativity or a church carol service, these long remembered passages seem to wash over us like familiar friends. Scriptures speaking of stars and angels, mangers and swaddling clothes, Mary and Joseph, the Infant Jesus and of course the shepherds watching their flocks by night.

It was at a nativity this year that I heard a child reading these verses from the Gospel of Luke:

And there were in the same country shepherds abiding in the field, keeping watch over their flock by night. And, lo, the angel of the Lord came upon them, and the glory of the Lord shone round about them: and they were sore afraid. And the angel said unto them, Fear not: for, behold, I bring you good tidings of great joy, which shall be to all people. For unto you is born this day in the city of David a Saviour, which is Christ the Lord. And this shall be a sign unto you; Ye shall find the babe wrapped in swaddling clothes, lying in a manger. And suddenly there was with the angel a multitude of the heavenly host praising God, and saying, Glory to God in the highest, and on earth peace, good will toward men. And it came to pass, as the angels were gone away from them into heaven, the shepherds said one to another, Let us now go even unto Bethlehem, and see this thing which is come to pass, which the Lord hath made known unto us.

I was suddenly overwhelmed by the magnitude of what I was hearing. Have you ever stopped to think about that night on the hillside? I have known a few shepherds in my time and the one thing they all have in common is that they are the most down to earth people you’ll meet. They work hard, often in harsh conditions. They were ordinary working men. Can you imagine how the appearance of an angel of the Lord would have seemed to them? How completely out of their frame of reference, in fact outside of anybody’s experience. Amazing!

As if this wasn’t enough, the glory of the Lord shone around them. The same glory that filled the tabernacle stopping Moses from entering, that came down on Solomon’s temple and prevented the priests from continuing to minister. The glory that left Isaiah saying “Woe is me! For I am undone”. The glory at which Peter, James and John were left prostrate and terrified at the transfiguration. It is no wonder that these men were “sore afraid”. Who could blame them, to be there in that field, face to face with an angel and surrounded by the holy, might and power of God’s glory.

But why? Why did this magnificent and awesome spectacle appear to these men? For one reason - To announce the advent of the Saviour, the good news of great joy, the babe in the manger, Jesus was here!

And it seems that even heaven could not contain itself at this momentous announcement, for as soon as the angel had finished delivering his message the bible tells us that, suddenly a multitude of angels appeared singing glory to God in the highest. Adding to what was already one of the most glorious things to ever have happened to men - heaven bursts forth into our world. I don’t know how many angels a multitude is but in revelation it says it’s tens of thousands of tens of thousands - or at least 100,000,000! I can’t even imagine what being in the presence of a hundred angels singing would be like let alone a hundred million.

The contrast is stark, all of God, all His righteousness, all his glory and majesty brought low in helpless babe. Yet at the same time all the mighty glory of heaven worshipping God, millions of angels with some shepherds in a field. Hallelujah!

This Christmas, take the time to look afresh at God’s word, if you do I know He will bless you through it.

May God bless you all, may you know the touch of His Spirit. May the glory of His son Jesus be revealed to us all more and more until that day when we too will stand in His presence at his second advent and hear for ourselves what one hundred million angels singing praises to God sounds like. 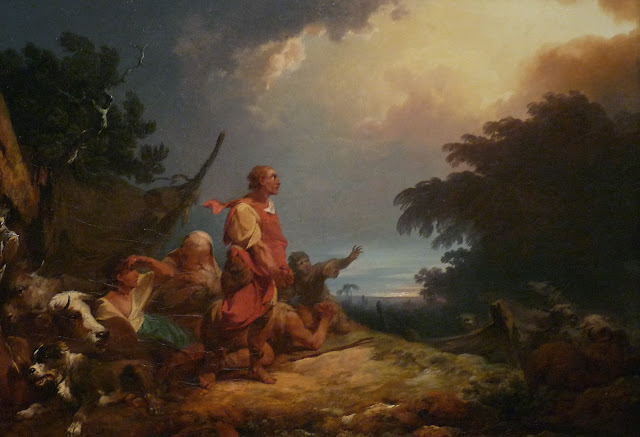