Now that I’ve got your attention (I’ll talk about Paul later) I want to talk to you about something that is relevant to all of us. A subject that touches everyone at some point in their life... DEATH. They say that there are only two things that are certain in life, death and taxes. After much deliberation I can tell you that for us humans there is indeed a 100% mortality rate!

The first question to ask is “what is death?” It might seem like an obvious question but I assure you there are a myriad of beliefs out there regarding the topic. Some people believe it is a stepping stone to a better place, others think it is like a computer game, a reset, starting life all over again in another body. While a good number believe it is simply the end, oblivion.

The bible tells a different story - It tells us that death is actually the punishment for sin:

For the wages of sin is death...

...until you return to the ground, Because from it you were taken; For you are dust, And to dust you shall return.

Friends, God didn’t create man to die, that was never His plan. Death only entered in as a result of the fall. Because of Adam’s rebellion ALL of his descendants (and that includes you and me) will one day, die. But that isn’t the end of the story of course:

"For God so loved the world, that He gave His only begotten Son, that whoever believes in Him shall not perish, but have eternal life.

Jesus was sent by God to reverse that curse that we have all inherited, to pay the price for Adam’s sin... our sin. In doing so, through His death at Calvary and resurrection He has nullified the consequences of the curse.

The bible describes Jesus as the second Adam (1 Cor 15:45) and you see, all men that have ever lived are in one Adam or the other. Either a part of the first Adam (both their biological and spiritual ancestor) or they, by the new birth, have become part of the inheritance of the second Adam.

For since by a man came death, by a man also came the resurrection of the dead. For as in Adam all die, so also in Christ all will be made alive.

For the wages of sin is death, but the free gift of God is eternal life in Christ Jesus our Lord.

It seems pretty clear, right? Let’s be honest though - do we look forward to death? It reminds me of the lyrics of a country and western song I once heard “Everybody wants to go to Heaven but no one wants to go today”. Well that is certainly true for the world. No matter what your philosophy, nationality, creed or colour, death is one thing that men have tried (and failed) to defeat since the beginning. Our world invests huge amounts of money in trying to keep everyone alive - US$8.3 trillion or 10% of global GDP is spent on the world’s healthcare annually. We buy creams and lotions to keep us looking young and some (when the lotions fail) even resort to surgery. There are facilities where you can have your body cryogenically frozen. DNA can be stored for creating your clone in the future and scientists are working on ways of uploading our memories and personalities to be stored forever on the internet. And yet, all of this money, all of this effort, all of these resources the bible says are vanity. As I said earlier, we have a 100% mortality rate.

Where is our hope then? Do we, like the world, strive to preserve life at all costs?  I think maybe we do a little more than we ought. A little bit of that worldly desperation to “stay alive” might have rubbed off on us. Is that wrong? After all, life is precious, God given, not cheap. Didn’t Jesus say:

"The thief comes only to steal and kill and destroy; I came that they may have life, and have it abundantly.

But does that mean this mortal life? In this fallen world? Or another life - an eternal life? Is “here” what it is all about? Surely the focus should be on beyond the grave - the resurrection. If not, are we not downplaying the significance of what Jesus has done?

It is an interesting thing that in Israel the Jewish people have two harvest feasts, the one we would think of is called Shavuot, or the feast of ingathering, when they thank God for the bountiful harvest, for what He HAS DONE for them. But there is an earlier feast where they thank God for what He WILL DO. It takes place in spring when the first shoots of grain come up - the high priest would enter the Kidron valley before dawn on the day of the feast and as the first pin prick of the light of the sun broke he would ritually reap the “first fruit” of the harvest. That is why the feast is called first fruits. Almost two thousand years ago on the very day and time the high priest was performing this ritual, Jesus was raised alive from the tomb. He is our “first fruit” of the resurrection. Because of His resurrection we can thank God, and trust Him, for what He WILL DO for us. Our resurrection actually began with Jesus’. Just as our eternal life began the day we were born anew

Surely this is what Jesus meant by our abundant life. A life not tied to this world and bound in sin and death. A life that is regenerate, a new creature, eternal, destined to inherit the kingdom as co-heirs in Christ at His second coming. A life that began at His resurrection and goes on into eternity, standing in His presence, worshiping Him. Do we see our lives from this perspective? If we did would it not change our view of this present age, of our lives in it and above all of death?

So let’s see what all this meant to a man like Paul. Did Paul really have a death wish?

What then? Only that in every way, whether in pretense or in truth, Christ is proclaimed; and in this I rejoice. Yes, and I will rejoice, for I know that this will turn out for my deliverance through your prayers and the provision of the Spirit of Jesus Christ, according to my earnest expectation and hope, that I will not be put to shame in anything, but that with all boldness, Christ will even now, as always, be exalted in my body, whether by life or by death. For to me, to live is Christ and to die is gain. But if I am to live on in the flesh, this will mean fruitful labor for me; and I do not know which to choose. But I am hard-pressed from both directions, having the desire to depart and be with Christ, for that is very much better; yet to remain on in the flesh is more necessary for your sake.

"But I do not consider my life of any account as dear to myself, so that I may finish my course and the ministry which I received from the Lord Jesus, to testify solemnly of the gospel of the grace of God.

A Death wish? Well, not exactly. It would be more accurate to say that he had a “Jesus wish”, more still that he had “Jesus hope”. But he does say that “to die is gain”, that he had a “desire to depart and be with Christ” and that if he did die it would be “very much better” for him. Paul states that, from a selfish point of view, he’d prefer to be with Jesus. But what were his reasons for staying in this world that he would have been so happy to depart from?

It seems to me that Paul’s primary reason for choosing life in this world over joining with his saviour, Jesus, in eternity was that there was work to be done for the Gospel’s sake. Paul was held in this world because of a heart that knew all too well the fate that awaited those who had not yet received the good news of Jesus. For let us not fool ourselves or try to sugar coat it - death is NOT the end of life. Not for us and not for the unsaved. Everyone has eternal life, for those who accept Jesus it is truly a life of eternal abundance - but for those who reject it, a lost eternity. For us, this life is the worst it will ever get, for them this life is the best it will ever be. Is that not a sobering conclusion?

Brothers and sisters, do we have this heart? Do we see our purpose in this world is to tell others of the message of salvation? Or are we too attached to our own lives in this age? Do we see death as the day we go to be with Him or do we look to it with trepidation?

I exhort you, each and every one of you, to, like Paul, not to hold your life in this world of any account - fix your eyes upon Jesus in eternity - look forward to his appearing - and above all spread the Gospel of Christ.

But being full of the Holy Spirit, he gazed intently into heaven and saw the glory of God, and Jesus standing at the right hand of God; and he said, "Behold, I see the heavens opened up and the Son of Man standing at the right hand of God." But they cried out with a loud voice, and covered their ears and rushed at him with one impulse. When they had driven him out of the city, they began stoning him; and the witnesses laid aside their robes at the feet of a young man named Saul. They went on stoning Stephen as he called on the Lord and said, "Lord Jesus, receive my spirit!" Then falling on his knees, he cried out with a loud voice, "Lord, do not hold this sin against them!" Having said this, he fell asleep. 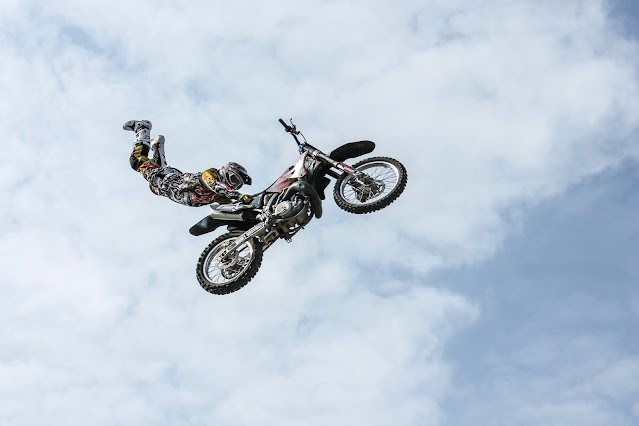